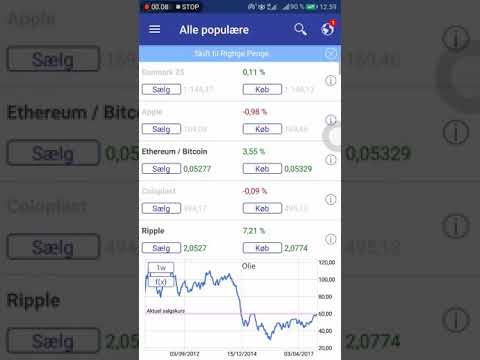 My story: How I discovery best long term investment by accident (ICON)

Hello everyone, today we have another lazy day on market so I thought to share with you my story about how I discovery ICON and how I transform my self from "moonboy to real long term investor"
​
Let's start from the beginning, My investment journey start at the beginning of 2017 when I decided to invest some money (not crypto at this time) I was looking for some bussines online back then to make a passive income. I met the right man who show me best bussiness at this time, so we started cooperate together and he became my friend in bussiness, He was in crypto at the time and he stared to talking about bitcoin.. but I'm was not too much interested, online business was more "confident" for me so i put money in the business rather than in crypto, I started to learn about investing and I was checking everything from Stock to Crypto, and I open my demo account on plus500 just for fun to check how my investment can works together, then first time I saw Ethereum on plus500, it cost about $ 30 and daily i started checking the price, and everyday was more and more, and I started to wonder "what the hell is this ?" 50$,60$,70$... And I just watched how ETH grow day by day and I don't buy nothing (Even don't know how to buy crypto) I was in my online business and earning good money then... and the worst decision ever came, I buy my first BTC almost on PEAK in december 2017... my friend told me to buy TRON, i put 2,5$k in tron, next day morning I see a 6k$ on my account and I was thinking (what ?! this is so easy brah ! in this tempo i will be millionaire in 2 yrs !) Im was buying IOTA for 4$.. and maybe 2 weeks later, everything just CRASH like water in the toilet. Also I was investing then in mining farm.. and someone has robbed the mining farm for about 5mln $, guy who was worker there stolen all crypto from wallets.. right after maybe 8 weeks my investment. So basically I lost a lot of money back then, I started doing trading in order to recover some money form this crash.. so I just jump form coin to coin to make some extra $ and by accident i buy ICON in march 2018 when I see a great pump, for my ICX was just coin who can recover some my money,I hold some but I don't knowing nothing about ICON back then. April 2018 ICX was going up like crazy so i started digging about this project and i was more and more intrigued, people call ICON "korean ethereum) "next NEO) , ICX will be worth 100$ soon.. etc I started reading whitepaper form ICON (first time im was reading whitepaper) becasue of ICON i actually started learning about blockchain and future use cases, how blockchain will change the world and why ICON is one of this players who will become very sucessful in the future, backing by the government, backing by DAYLI, one of the largest team in the space, how they wanna hyperconnect the world.. it became clear to me day by day that ICON is the future of this technology, so I decided to cash out all of my money from online bussiness, sell all my portfolio with other cryptos and buy ICX as much as I can during this bear market, so i buying ICON since march 2018 till today, some people can call my crazy, but I know I do the right thing in next few years we will be a big part of this blockchain revolution and for me is very clear that we (ICON) will be the leader in this space, no doubt about that, overall all this prices, market sentiment, im happy to be here with you guys, we are the one who will hyperceonnect the world. Enjoy the process, have nice day guys !
​
Sorry for some mistakes (english is not my first language) Cheers !

My LTC wishes for 2014 : MtGox, ZipZap, Coinbase, Coinkite, Bitcoiniacs, Coinkite, Lamassu ATMs and so much more...

Get your Crypto groove on! A Quick Start Guide for Blockchain and Cryptocurrency Newbies

Initial Fiat Conversion Create an Online Exchange account. Preferably an Exchange in your country or State that allows the transfer of Fiat into your account wallet and allows Exchange trading in at least the two major Cryptos – Bitcoin and Ethereum. If no local Exchanges are available, try Coinbase, Kracken, Bithstamp or Coinmama, but be prepared to wait as much as 4 -12 weeks for registration processing.
Access to multiple Cyrptocurrencies Create another Online Exchange account with one or more of the top Exchanges that offers most of the cryptocurrencies like Binance, Bittrex, Coinbase, Poloniex, Huobi and GDAX. Some of these examples do not offer initial Fiat Conversion but are known to list many of the hundreds of actively traded Cryptos.
Get and Stay Updated Develop a plan to increase your awareness as well as to increase your investing or trading ability. Begin by reading the first whitepaper for Blockchain. https://bitcoin.org/bitcoin.pdf. Stay current about the state of Blockchain Technology and new and existing Companies in this space as well as existing and upcoming Initial Coin Offerings, (ICO’s). Here is a list of sources to use;
Select your personal Wallet Begin with MyEtherWallet and/or Metamask which you create on your PC or Desktop. Create also a Mobile Wallet using Jaxx, Mycelium, Exodus or other option. Large and significant amounts of funds should be transferred to a Hardware Wallet like Trezor or Ledger
Dos and Don’ts

"When you live life fast, there's only one thing left to do, that's crash."
Applicable even to Markets, when the market jumps up too severe, there will be a drop in price that will be a little shocking at first. These are only growing pains of a great currency. Before we jump into it, let's cover some news.

A Bird in the Hand is worth 2 in the bush

Where is it heading?

I'd like to continue, but a lot is happening and this was written up 3 hrs ago, I'm posting now since Cryptsy stopped their Doge Exchange.
I wouldn't recommend pulling all your doges out since this may cause problems. Here is Cryptsy's response what likely occurred was too much awesomeness.


UPDATE: Dont Worry about your Doges, I removed some from Cryptsy and they all showed up, it's fine.

Apologies if this isn't up to our usual standard, I'm balancing work on improvements as well as trying to write 1-2 of these per day.

In this video I teach you how to trade and open a Sell position on Bitcoins at Plus500. Category People & Blogs; ... Noob's Guide To Bitcoin Mining - Super Easy & Simple - Duration: 11:37. UFD ... Plus500 Trading Platform Exposed: ... Mining Adventure Part 3 - Duration: 12:15. Linus Tech Tips Recommended for you. 12:15 "The Snow Cruiser"-Antarctica's Abandoned Behemoth - Duration: 16:14 ... Hi guys, today i will show you how to earn and get for free 0.457 bitcoins by hacking a trading site. ( "Plus500" Trading site: https://app.plus500.com/ ( D... Computers laten lopen en daar schat- en schatrijk mee worden: dat is Bitcoin-minen. Nadia duikt in deze technologische wonderwereld en houdt haar Bitcoin-inv... We can now short-sell cryptos! Get ready!